Tower Lighting are the spread of the luminaries that makes look that the tower is a spectacular place that has an array of stupendous tower lightings contributing to the visual activation of city-space during the nighttime. Most of the office towers boast office tower lighting signifying special tower lighting schemes, such as green light for the Earth Day, national flag on the Independence Day or Republic Day, national holiday themed images or such colors and schemes signifying special occasions on the towers.

Thus a skyscrapers decorated with lighting in a specific manner speaks grief, celebration, happiness and advocacy.

Office Tower Lights become a message board for the citizens, which communicate effectively with the onlookers and passerby people.

Illumination for skyscrapers has become one of the most important things to do for businesses, occupying the skyscrapers as it allows the business to maintain an active presence in the city with the messages it tells to the citizens with the help of the façade lighting. Illumination on the skyscrapers makes external offices illumination X1.

Illuminated skyscrapers become very popular and define the city in the most effective manner as they provide the citizens with the point of references, as it allows the citizens to move around city in a smoother manner at night. The lighting provided by the illuminated skyscrapers becomes a blessing for the areas that would be otherwise darker, providing effective security and safety to the commuters.

LED Lighting is efficient for the illumination of the skyscrapers as it makes lighting for the office tower lighting x2. It costs 90% less than the traditional lighting system. Office tower must be decorated with LED lights for illumination purposes for LED lights offer a great many advantages to the business owners.

LED lights are being mainly chosen by the owners for this solo purpose; saving large amount on the electricity bills. Being the most fascinating technological advancement, LEDs are really small, long-lasting, powerful, solid blubs and energy-efficient that operates more efficiently than the traditional incandescent bulbs.

As the LED technology has made the illumination of the skyscrapers cheaper, affordable and budget-friendly, more and more buildings are adopting the lighting technology which enables them to present their building to the common people in a colorful and spectacular look.

Once the lighting has been fixed in the external lighting system of the skyscraper, it becomes difficult to change or re-install the bulbs once again. LEDs have exceptionally larger life span of 80,000 hours, which serves this purpose too, making them ideal for using in the architecture of the external building.

Therefore, LED technology is adopted by the lighting designers for the illumination of the skyscrapers as it makes office tower illumination X1.

LED lights are study, long-lasting and efficient products that use semiconductor material to lit up than a filament or a neon gas. An LED light is a small chip placed, which makes LEDs far more superior and sturdier than the traditional incandescent bulbs or neon tubes. THis is why, LED bulbs require low-cost maintenance.

LED Bulbs Are Highly Safe Products to Use:

LED bulbs produce the 3.4 btu per hour in comparison to the 85btu per hour of the incandescent bulb. LED bulbs also never happen to cause the fire or burns, so the LED bulbs are quite easy to use for the office tower buildings.

Since the Office Tower Buildings leave the external lighting on for longer period of time, they need a practical solution that causes them the least. LED lighting is a practical solution for them which are packed powerfully with sufficient lighting, utilizing 90% less power than the incandescent bulbs. Incandescent bulbs cost the owners greatly, which owners may think as impractical for their office building.

In comparison with the incandescent bulbs, LED lights are the practical solution for the office owners.

Due to the great number of benefits offered by the LED bulbs, LED bulbs are efficient choice for the external decoration of the office tower with lighting. Due to the advancement made in the LED technology, more and more office towers are participating in the lighting competition carried out between the huge skyscrapers. 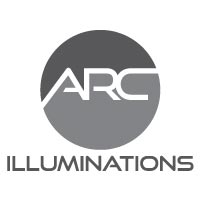 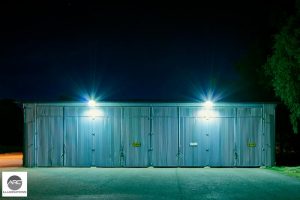 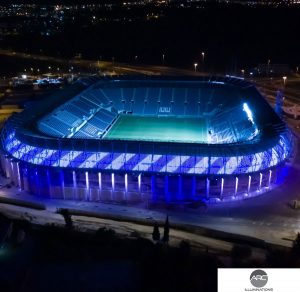 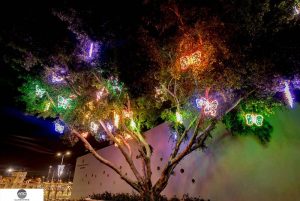 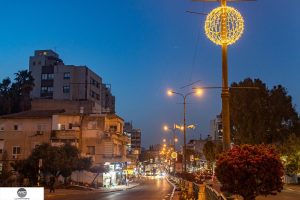 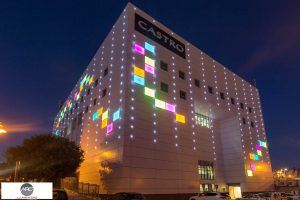 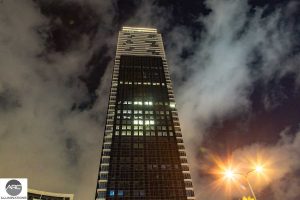