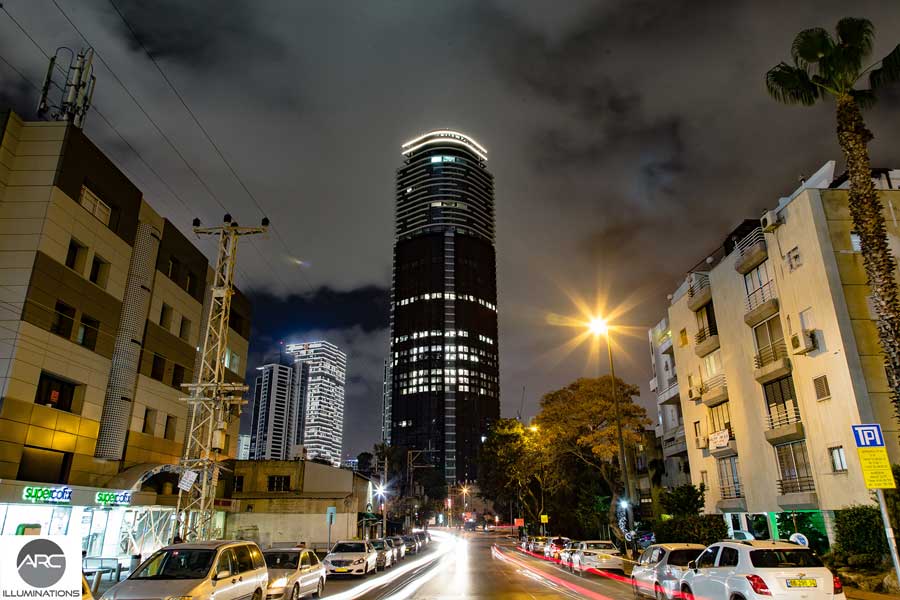 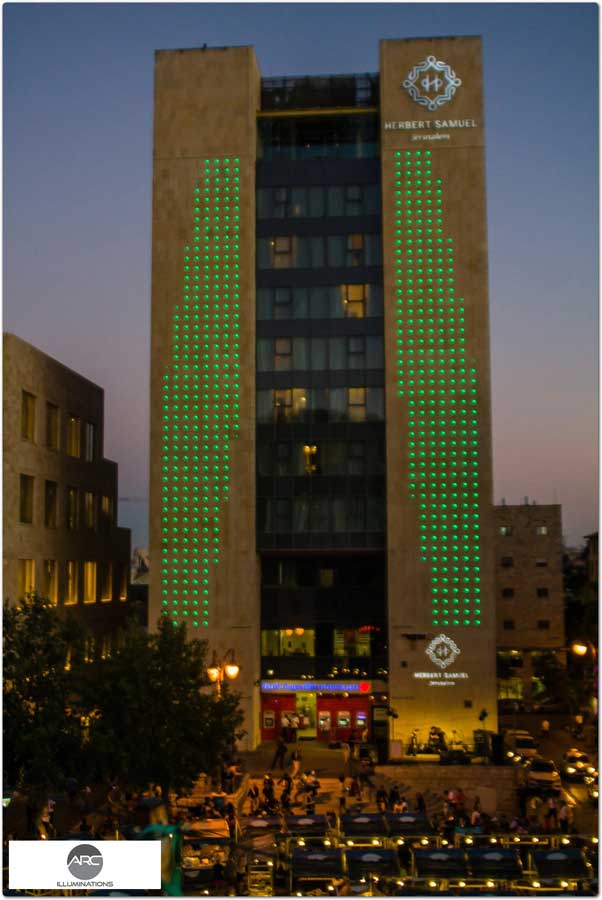 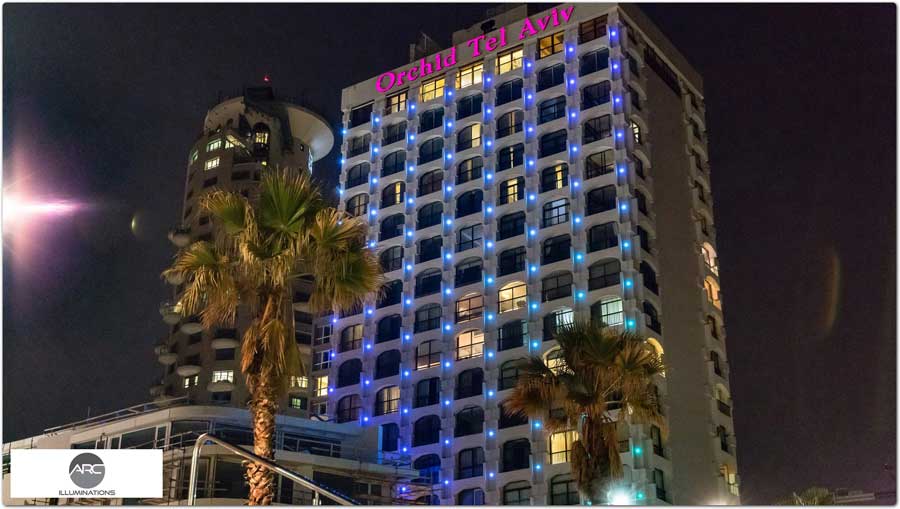 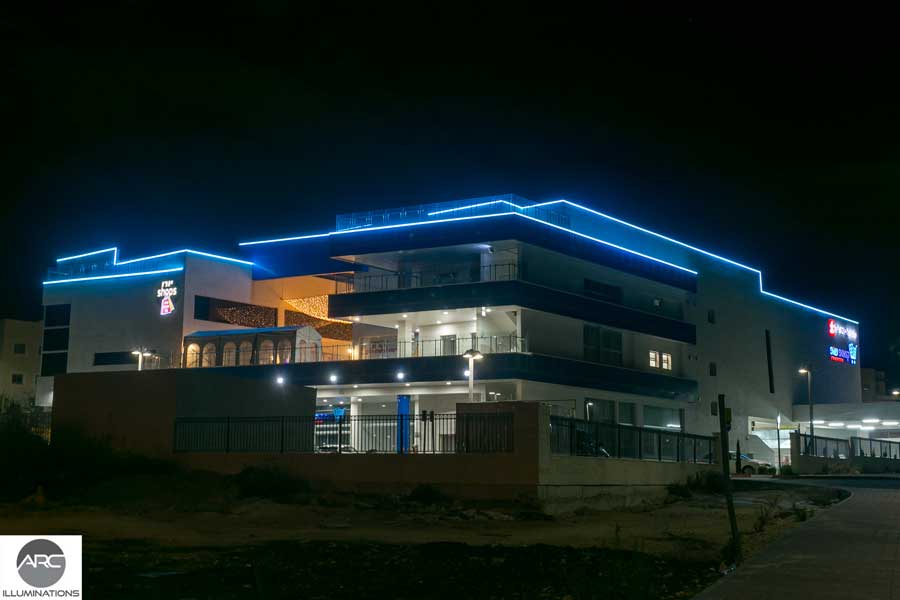 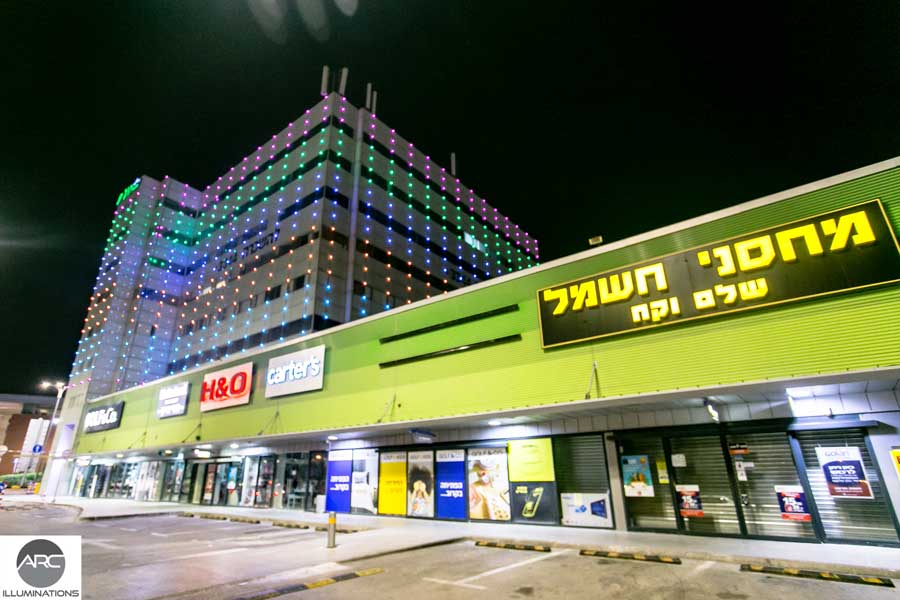 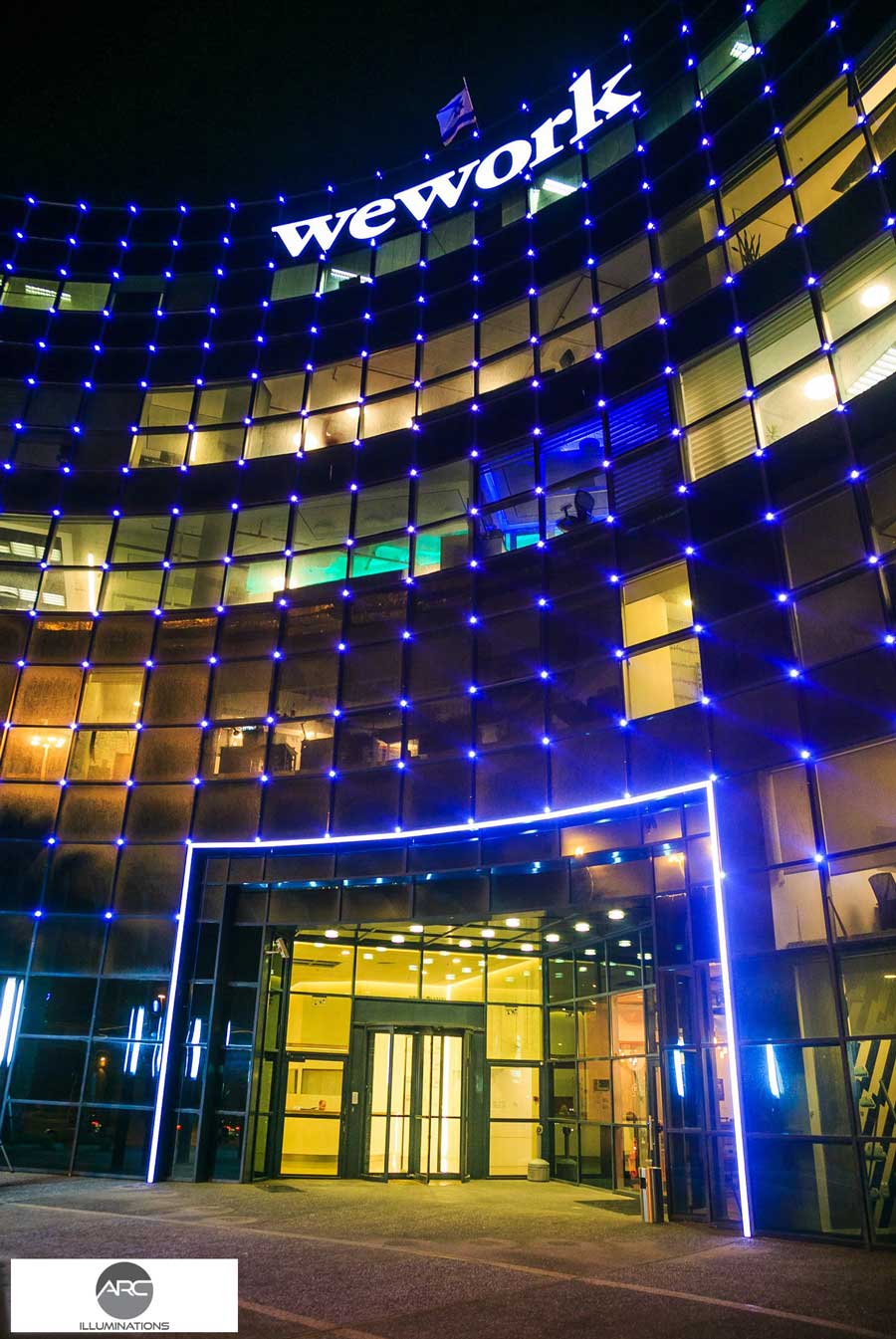 Facade lighting, the advantages of using it, and what type of buildings can use it.

In the modern world, we live blindly by big advertising panels and facade lighting.
The facade of a building is considered its most important aspect from a design point of view; it sets the tone of the structure.
Facade lighting is architecturally designed to enhance the overall look of the facade of a building. Somehow it creates a spectacle of lights that can either be seen every night or on some special holidays. More or less, those lightings are used by big brands and companies to show their friendliness and their power.
As an example, the most known ( and expensive ) hotels in the world use this type of lighting to accentuate their specific architectural details. In this way, whenever you talk about a certain place, you’ll remember about that hotel and what was the most impressive thing about it.
Unfortunately, not too many companies or brands are using lighting as a way of entertaining potential customers or engaging them. Most of the business owners consider this is a useless investment and they won’t make more profit just because they put on some lights on the building.
However, the newest business owners on the market consider building illumination as a way of guerilla marketing. Today, the possibilities are infinite. You can create everything you want, even dance moves with lightings on your building.

What most people don’t know about this type of lighting is the advantages of using it. Before assuming things about lighting in general, you have to know that most of them are LED lights. So, in this case, here’s the list:
• Low-cost. Facade LED lighting is quite affordable and long-lasting. You won’t need to change the lights too often, even if you keep them open all night long.
• It is eco-friendly. Apart from being affordable, LED lighting consumes significantly lower levels of energy than incandescent bulbs. Also, an incandescent bulb gives up 95% heat and only 5% light, while LED gives up 95% light and only 5% heat. So that’s a big deal.
• Reduced maintenance. This type of lighting requires minimal maintenance procedures ( only if you don’t crush them with a ball ). It is for this reason they are preferred for large scale installations. I guess old business owners will need to consider that for their companies’ buildings.
• Easy control. The lights are connected to controllers and drivers which make it easy to operate all the lighting fixtures. It is also possible to include functions such as color and intensity control.
Of course, there are other two types of this type of lighting:
• Floodlight. This one is mostly used for concrete buildings, where there are a lot of glass parts.
• Accent. This one allows you to select some important parts of the building ( they are not lighting the complete building ).
These are the basic features on the way to consider this type of lighting as a way to bring awareness to what you have.
There are many aspects of using this type of lighting. As we mentioned a little before, it enhances the attractiveness of a place and its cultural value. Sometimes, this lighting may be too bright for the human eye and disturb those on the street. In this case, intelligent solutions are crucial, so you can adjust the brightness, depending on the type of night.
If you own a company that has lightings, people ( your potential customers ) are the ones you need to take care of.

What’s the most interesting thing about this type of lighting is that it creates three-dimensional visibility of any structure. But, to accomplish this result, you have to well-place the lights.
You have to take the environment into account when planning the display. There are many things to consider, such as:
• compositional characteristics ( size and structure of a building, texture, and color);
• the role of the object in the architectural composition of the city;
• the distance and direction from which the structure can be seen;
• style buildings, as lighting design, should be combined with the appearance of an architectural object.
• existing coverage areas.
Another thing you can do with this type of lighting is to transform any structure or environment into shape. It’s like your painting on canvas, trying to reach a certain emotion and share it afterward.
On the same subject, you can communicate certain information about your brand, company, and so on. Media content such as animations, text, or even images can be displayed using controllable led pixels on the facade. This type is called communicative facade lighting and it is used to communicate with the environment at night when everything is at peace.
After all this information, you may ask yourself what type of facade you can place lightings.
• On the solid facade. Just like the Georg Schafer Museum.
• On the vertically divided facade. Just like the Brandenburg Gate.
• On the horizontally divided facade. Just like the Hongkong and Bankok Bank.
• On facade with projecting or recessed sections. Just like the Museum of Arts and Crafts from Hamburg.
• On the perforated facade. Just like the Humboldt-University from Berlin.
• On the banded facade. Just like the Stadtwerke ( public utilities ) from Ludenscheid.
• On the transparent facade. Just like the Office building from Basel.
However, outdoor lighting can have its bad parts too.
As an example, if it’s not placed correctly, the lighting can easily lead to non-architecture. That means that your building it becomes either ugly or too conventional like it doesn’t have anything special in it. That’s the time when many companies lose their engagement with customers and so they are one step from giving up.

Keep in mind that lighting is something like a business card for your structure. Some towns have their buildings ( such as skyscrapers or city halls ) to create a friendly environment for both citizens and tourists. In this way, that specific town becomes known for its culture and values, and its economic status raises year after year.
And this is the good case scenario when the facade lighting using in the way they should be.