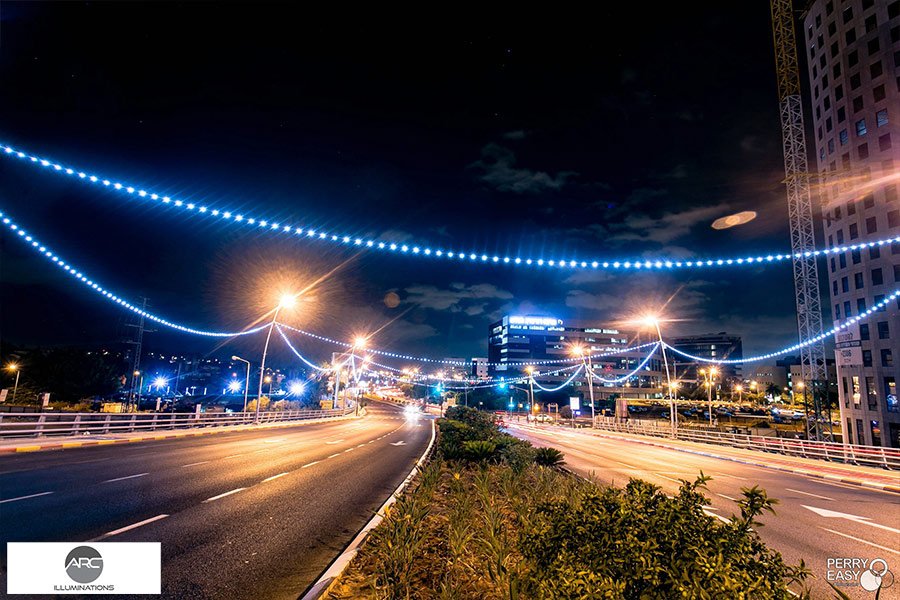 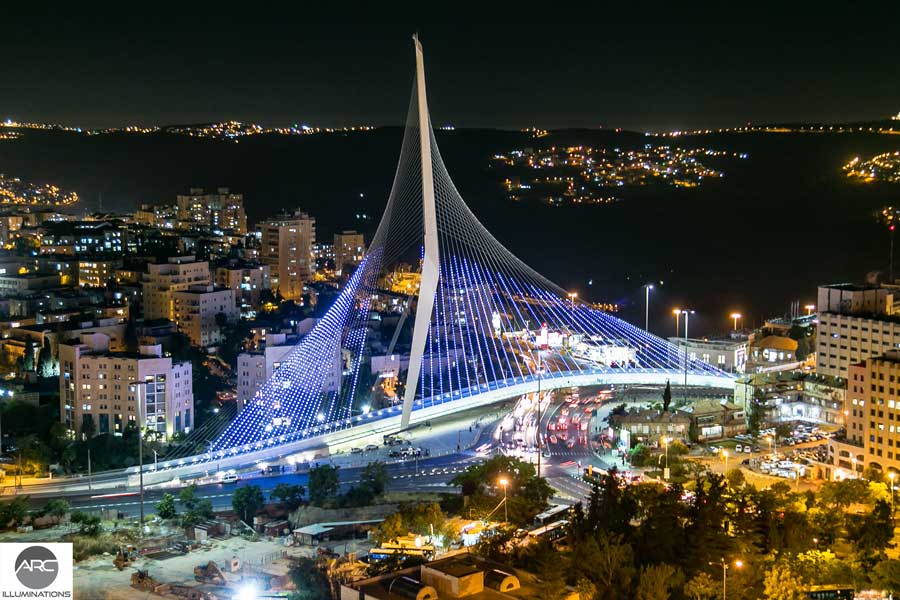 Bridges Illumination has become a trend in the last years. Lights a wonderful way to create something utilitarian like the construction of a bridge into a masterpiece that will attract the viewer’s eyes and will change the whole perception of the city. It will brighten the lives of citizens and tourists, becoming a must-see part.

You can see famous examples as the Brooklin Bridge in New York, George Washington Bridge in New Jersey, Tower Bridge in London, Charles Bridge in the Czech Republic, Chords Bridge in Jerusalem. They are all masterpieces that attract many tourists around the world. The number of cities that use Bridges Illumination it’s increasing, forming a unique identity and creating visual experiences that inspire.

Architectural illumination used on bridges will increase visibility and traffic safety but it also will provide a beautiful view, especially for holidays.

over rivers, roads or highways, but with the right external architectural illumination, they will become unforgettable. They will attract public attention and will become the center of great photos shared worldwide.

LED lights are the most common type used for Bridges Illumination. LEDs help you cut down on costs and have a controllable color temperature that can help achieve the flawless appeal as you desire on the bridge lighting design and requirements. It will also improve public views and traffic, as well as increasing the safety levels of pedestrians.

When you choose the type of bridges illumination you want to use, it’s best to take into account the following:

Using bridges illumination you will be able to create architectural city symbols. Bridges become the highlights of towns and choosing the right illumination will help you obtain functional and aesthetically character. Lightning makes possible for a common, useful construction as a bridge to become an attraction that will please both the citizens and tourists. Bridges can become easily a symbol for a city that will attract more tourists.

Using the right solutions will outline the construction’s beauty.

Let’s take a look at the most beautiful bridges in the world and their main features. You will see how perfect lighting can make a bridge famous.

Brooklin Bridge connects the two borrows of the city: Manhattan and Brooklyn, spanning the East River. It was finalized and open in 1883 and has a length of 486.3m. Its construction took 14 years and it’s one of the top-visited landmarks in New York. They used LED for the bridge illumination which provides a flash of wonderful lightning. The lighting of the bridge provides a wonderful effect, a true aesthetical image.

The Chords Bridge in Jerusalem, also known as the Bridge of strings it’s a cable-stayed bridge in Jerusalem designed by the Spanish architect Santiago Calatrava. It was opened in 2011 and it’s located at the entrance of the city, which is the tallest construction in the city. The bridge’s illuminated with many lights and looks beautiful in the evenings when it lights up. It makes a gorgeous view at night.

Another example’s Golden Gate Bridge located in San Francisco it’s another masterpiece of great Bridge Illumination. It becomes one of the memorable symbols of this city and when it was inaugural in 1937, it was known for being the bigger suspension bridge in the world, with 2.737m long. It connects San Francisco Bay to the Pacific Bay.

It is an inspiration for photographers around the world and appeared in numerous movies, TV series. Architects came up with a project that stated that the bridge should not be lighted with the same intensity for the whole length. This idea was implemented in 1987.

These are great examples of what Bridges Illumination can provide for a city. Using the right architectural illumination will transform the construction into a true artwork that will increase the tourist’s attention. And due to modern technology, they can share the beautiful photos taken with the bridge with their friends and family, making them want to see the city and the beautiful bridge.

You should take this into consideration if you are thinking of bridge illumination. It will provide you a great image of the city and if you contact a professional, you will get this at a budget-friendly cost.

As you have seen in the previous examples, great cities in the world invest in their bridges illumination and they manage to stay in the topmost visited towns worldwide. It says a lot about the potential you could reach with the right illumination for bridges.

Transform your bridge into a true masterpiece that will offer you, citizens, more safety and will make potential tourists adding your city on their travel destination list.

It;’s a great way to create an inspiring view, a wonderful effect that can change the whole perception of the city, making it unforgettable. A perfect illuminated bridge will draw attention for decades and it will increase the number of people who want to see it. Imagine how beautiful it will look during the holidays when the entire city it’s lighted up!